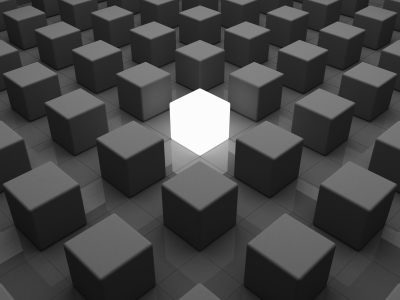 “I am stuck in my career”
“My boss does not appreciate my work”
“Why did that person get the promotion and not me?”

Have you ever had these feelings? I did. And millions others feel that way every day. Psychologists consider it to be the leading factor of anxiety and stress at modern workplace.

I struggled with these emotions at different stages of my career, and found my answers the hard way. I wish someone had mentored me when I was struggling with these emotions. I wish I knew what I am about to share with you now. I made my journey from an assembly line employee to Vice President of an established company. The process took me about 15 years and taught me a lot of valuable life lessons. Even though this article is driven by a research study, it reflects my thoughts and learning from my own career journey. My intent is to help you figure out what you should be doing so that you are not at the mercy of your boss, but rather your boss is having to figure out ways to keep you engaged. END_OF_DOCUMENT_TOKEN_TO_BE_REPLACED

Some nuggets of wisdom I learned in my leadership quest, that shaped my life and helped me not only become a better leader but also a better person:

Leadership is as old as human history, and people have taken great pride in documenting and telling stories of their great leaders. When we study the lives of some of these great leaders, from historical figures to modern-day executives, they all appear to have a charisma: an ability to influence people to do what may have been deemed impossible before their time. These leaders also share a core set of qualities, which made their followers believe in them and their vision. Regardless of the time and era, these qualities have stood strong, and experts believe that every leader must possess a core set of leadership qualities to become a great leader and have their followers follow willingly. Leadership comes in many forms; personal, political, business, religious, military, and other forms. The focus of this article is to explore the top leadership qualities found in great business leaders.

When it comes to business leadership, the distinction between a good manager and a good leader is often made. Good managers are often regarded as the organizers who can create a sense of stability and run the operations smoothly, while good leaders are considered visionaries who can change the organization for better and take it to the next level. All too often, employees emerge with the title of manager because they were technically proficient, not necessarily because they had leadership qualities. They are promoted to a managerial position for having managed themselves and their work very well; but to manage others they need people skills. They have people reporting to them, which means they have to wear two hats; one has “Manager” on it and the other “Leader”, and they need both hats to succeed. While the manager works on the tasks and the projects, the leader focuses on the people. The leader involves people in decisions, END_OF_DOCUMENT_TOKEN_TO_BE_REPLACED

Learn More About The Book